Can the Streisand Effect Damage Your Online Reputation? 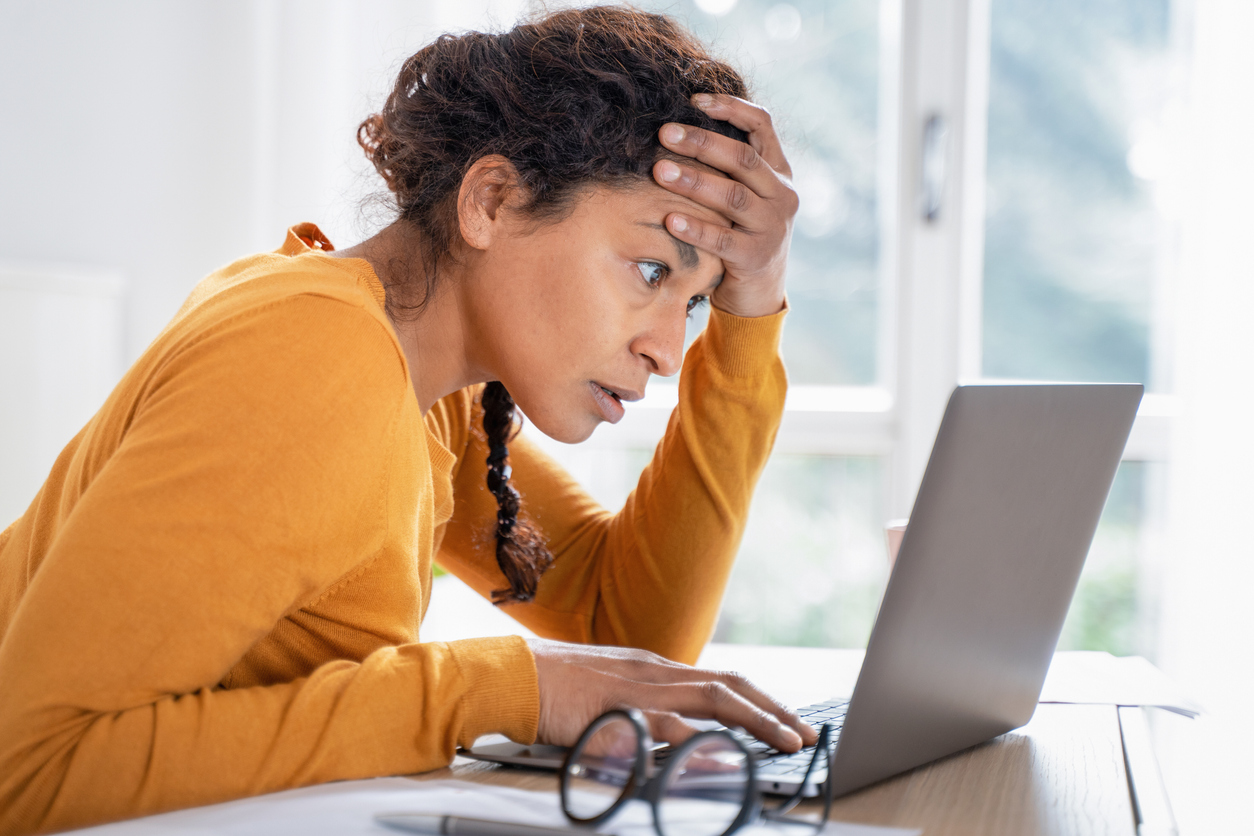 The Streisand effect has the potential to harm your digital reputation. Learn how to fight back with our guide.

Nearly everyone has made embarrassing mistakes in their lives. When information about those mistakes winds up on the internet — the unflattering photos, the arrest records, the negative news articles — your reputation may be at risk.

Attempting to cover up those mistakes can be even more costly. This is where the so-called “Streisand effect” can undermine your efforts, potentially making the problem of negative information even worse.

What is the Streisand Effect?

The Streisand effect is defined as:

“The phenomenon that occurs when an attempt to suppress negative information through hiding, removal, or censorship backfires, often increasing the awareness of that information in the digital environment.”

The phenomenon was named after world-famous musician and actress Barbra Streisand. It was coined by Mike Masnick in 2005. Masnick was a writer for a prominent digital technology blog called Techdirt.

In essence, the Streisand effect causes greater publicity to be focused on a specific issue, such as the publication of embarrassing photos or information. When someone tries to suppress information he or she doesn’t want other people to see, search engine algorithms pick up on this activity and often push the information higher in online searches.

The end result — the unintended consequence — of a suppression or removal campaign is that the negative information can be viewed millions of times, bringing much more attention to the embarrassing information than would otherwise be possible.

Barbra Streisand and Her Malibu Home

In 1974, Barbra Streisand purchased land in Ramirez Canyon, a neighborhood in the tony Los Angeles-area community of Malibu, California. She built a sprawling estate on the property with multiple structures and stunning views of the California coastline.

Streisand’s house was photographed by an aerial photographer as part of an attempt to document coastal erosion. The collection of photographs was publicly available. When the actress discovered that her home was featured in images collected as part of the project, Streisand begain to take legal action against the photographer. 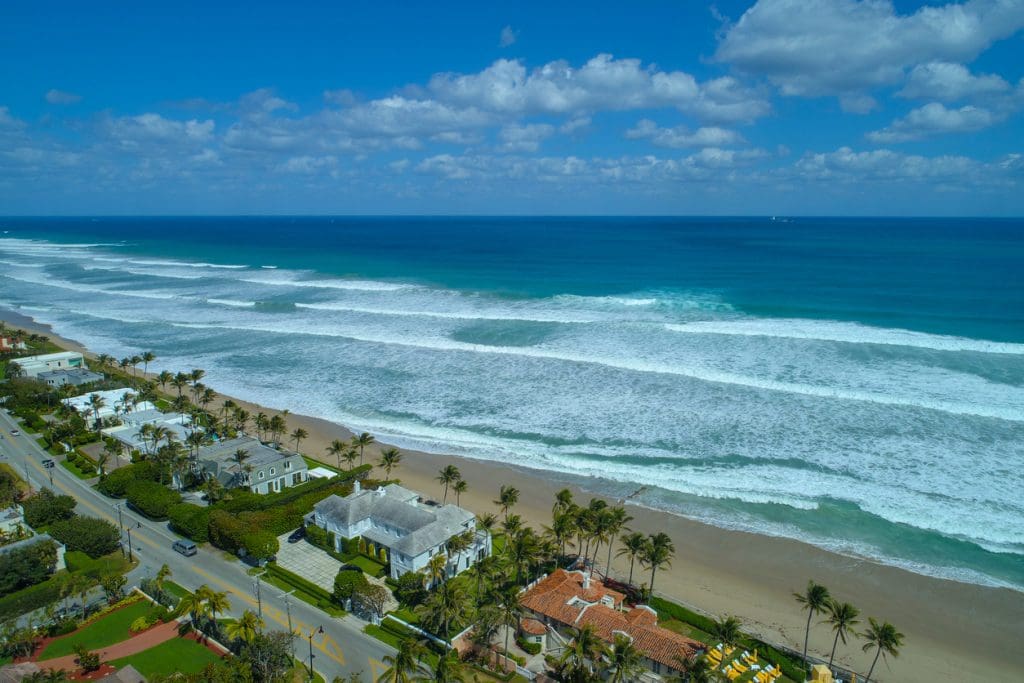 After Streisand filed suit against Kenneth Adelman — the photographer behind the coastal erosion project — after she learned that her home was featured in one of the images taken. The American singer and her attorneys argued that the beachfront photographs of the home constituted a violation of privacy.

A specific image of Streisand’s property — “image 3850” — was the target of the lawsuit. Prior to filing the suit, the image had been downloaded from Adelman’s website only six times, two of which by Streisand’s attorneys. In other words, few people knew about the images outside of the photographer and others associated with the erosion documentation project.

As a result of the suit, however, the images became a big deal. Public attention was drawn to the collection of aerial pictures, resulting in nearly half a million visits to Adelman’s website in the month following the suit. Eventually, millions of people viewed images on the website.

Founded in 2002, the California Coastal Records Project was started to provide awareness to the growing threat of coastal erosion along California’s coastline.

Aerial photos were taken of the entire coastline, spaced 500 apart, to document changes of the coast. These photos were then shared on a public website. One of the website’s features was a compilation of similar material from previous documentation efforts, allowing visitors to compare historical photos of the coast against the work done by Adelman and his wife, Gabrielle.

Streisand’s lawsuit alleged a violation of her privacy. The Coastal Records Project filed a countersuit under the “Strategic Lawsuit Against Public Provisions (SLAPP)” in California’s public records laws.

Ultimately, the Project prevailed in court. Streisand’s suit was dismissed, and the actress was ordered to pay Adelman’s legal fees, which amounted to just over $155,000.

If Streisand hadn’t filed her legal action in the first place, it is likely that few people would have been aware of the existence of photos of her Malibu home. In other words, without the lawsuit, most viewers of the image would see it as a random beach resort in the Malibu area. Unfortunately, her attempt at censorship gave rise to the Streisand effect, ultimately causing more attention and interest in the picture the actress tried to hide from the world.

Nixon’s attempted cover-up of crimes committed in the Watergate incident led to a journalist uttering the expression:

Media attention skyrocketed after Nixon’s ham-handed attempts to cover his crimes, with scrutiny by the Associated Press and nearly every international journal being published at the time. Most of the news articles focused on the cover up itself and merely touched on the crimes committed by the Nixon Administration.

Watergate was perhaps one of the first documented cases of the Streisand effect — decades before the term was coined.

Other notable examples of the Streisand effect touch every corner of the globe:

How Can the Streisand Effect be Avoided?

The Streisand effect leads to unintended visibility of some of the most embarrassing details celebrities and business professionals are trying to hide. Everything from an alleged affair to paparazzi taking photos of your French Riviera getaway can result in negative information you don’t want others to see.

So, how can the Streisand effect be avoided? Here are some tips:

If you have been the victim of the Streisand effect, taking care of the problems on your own can be challenging.

Reputation management professionals use a wide range of tools and strategies to remove negative content from the web. One embarrassing photo or video can have a negative impact on your digital reputation. If that image is leading to trouble landing a job or growing your business, content removal is the ideal solution.

First, ORM teams look at all legal solutions for removing content and links from the web. Wherever needed, they explore all available options for unwanted articles, images, videos, social media content, Google search results, and more. In some cases, a cease and desist letter will be sent to the owners of websites hosting the negative information.

Depending on what’s needed, they will often combine removals with protection and suppression strategies to ensure long-term success. Removal tactics may include DMCA takedowns, YouTube video removal, copyright infringement, NoIndex removal, removing search results from Google, and other techniques like opting out of data collection or negotiating with website owners to have offending information removed.

Content removal is a powerful tool to get your embarrassing photo or video taken off the web. As powerful as this tool is, it is not always available — or doesn’t produce the results you need to repair your reputation.

Content suppression is the next option when a cease and desist letter or other legal remedy doesn’t work. With suppression, the goal is to replace rather than remove bad content online. Your aim is to swap negative mentions with positive assets.

ORM professionals create positive results by publishing new content. Guest posts on prominent blogs are a great place to start. These could be blogs tied to your work or hobbies. New content can also be added to social media profiles, news outlets, company or personal websites, and more.

The entire purpose of content suppression is to push negative information off the first page of Google search results. Reports suggest that fewer than 5% of searchers go beyond page one. It’s for this reason that suppression is so effective in helping to clean up your online reputation.

NetReputation is the leader in online reputation management. We have helped thousands of people establish, build, or repair a robust and positive digital footprint. In fact, the best internet privacy tools are used by our team to help protect clients from reputational threats.

Learn more about how to protect your digital privacy by contacting our content removal professionals today. Call NetReputation at (941) 909-1170 or complete the online form below for a free consultation.