The Best Ways To Protect Your Child’s Online Reputation 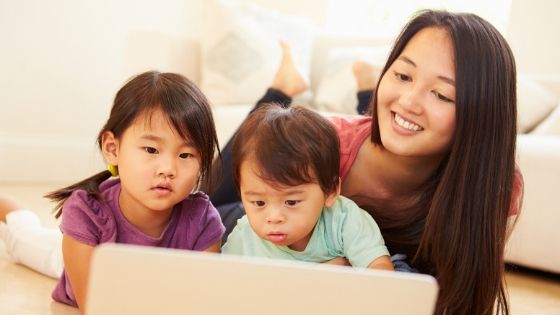 Do you know the best ways to protect your child’s online reputation? How can you monitor your children and protect them on sites such as Facebook, Instagram, Twitter, and many others?

In its early days, the purpose of social media was purely just social. It was a casual environment where friends could share photos, links, and written content with each other-without much risk involved.

And since most parents and teachers had no idea how to use it, it seemed like a safe space for teens and young adults to post whatever they wanted. But things are much different today, for better or worse. On the one hand, people are building entire lucrative careers just on social media, in a way that wouldn’t have seemed fathomable even 10 years ago.

And it’s now easier than ever to make friends and business connections with people from all over the globe, which can lead to some incredible opportunities. But on the other hand, we now have to be extra careful about what we post because your online reputation is everything, even if you have zero interest in becoming a celebrity or an “influencer.”

Whether you have three followers or three million, posting the “wrong” things can come back to haunt you, even years later. The risk is especially high for children and teens because being young and not knowing better is no longer an excuse. Privacy settings don’t guarantee complete safety, and not having an online presence at all can actually hurt you more, because social media is such a huge part of mainstream society now.

Many Baby Boomers and grandparents now use it too, and that includes the people who can determine your child’s future-like employers and college admissions officers.

33 percent of admissions officers admitted to looking at applicants’ social media in 2013, and that number is probably much higher today.

While 70 percent of employers frequently used social media to learn more about potential job candidates in 2018.

Since social media can have such a massive impact on your child’s college and career goals, it’s so important for you as a parent to teach them how to manage their online reputation. Here are seven strategies you can use to make sure your child is set up for success.

Create Your Own Social Media Accounts

Parents who know how to use social media themselves will have a better understanding of what to do and what not to do. So in order to find out what platforms your child is most active on-like Facebook, Instagram, Snapchat, or even TikTok and make your own accounts.

Then follow or send a friend request to your child. If they know you’re seeing their posts, they’ll be much more likely to keep them family-friendly and professional. And although they could always block you or reject your friend request, they probably won’t because they’re afraid it will lead to awkwardness at home.

Plus if you’re able to build a strong social media presence yourself, your child will probably be impressed and start looking to you for inspiration for their posts. You can set a positive example through the things you post online, and explain to your child that you would never post anything you wouldn’t want them or any other family members to see.

Although privacy settings don’t guarantee 100% safety, they do still help a lot. The main benefit is that anyone searching for your child online will have to do a bit more digging to find what they’re looking for. Depending on what they’re posting, this could be good news if your child is applying for jobs or sending out college applications.

Plus the odds of their accounts getting hacked or photos of them getting stolen are quite a bit lower. That being said though, the risk will never completely go away. Nothing is ever 100 percent private on the internet, no matter how tight someone’s privacy settings are.

Social media companies like Facebook can change their privacy policies at any given time, and even your child’s best friends can still share their secrets with others. A good rule of thumb to teach your child is: if they wouldn’t want it posted on a billboard for the whole town to see, then they shouldn’t post it online.

Lastly, make sure to warn your child not to accept any Facebook friend requests from strangers or click on any links sent to them by people they don’t know.

Clicking on unknown links can cause their information to get stolen or hacked, even if they don’t enter their username and password.

But Don’t Tell Them To Delete Their Accounts Completely

Despite all the risks of having an online presence, not having one can actually be more detrimental. Social media is a huge part of our lives in 2020, so not having any active profiles can make you look suspicious-like you’re hiding something. This is particularly important for older kids who may be job-hunting.

47 percent of employers even stated that they’re less likely to interview a candidate if they have no online presence, and 20 percent said that they expect all candidates to have some sort of presence online.

Many of them feel this way because they like to be able to learn more about each candidate before interviewing them. The only exception to this rule is with accounts that your child no longer uses.

If they lose interest in a particular platform and decide to stop posting there, then they should delete or deactivate that account. That way, it’ll no longer be searchable online. Also, children younger than 13 shouldn’t be on social media at all unless a parent is running their account.

Although anyone with a social media account should be concerned about what future employers might find, children younger than 16 might not understand the importance of that just yet. They’re too young to work most types of jobs, so it will probably feel like an irrelevant concern to them.

So instead, it might be worth it to ask your child how they’d feel if their school principal found their account. Or their grandparents or the police. If they don’t show any concern at all, then the content on their page is probably harmless.

But if they start to get nervous and freak out a bit, then it may be a good idea to review their pages with them. Explain to your child why certain content can make them look bad, and then ask them to delete those posts while you’re sitting there watching.

Here Are Some Examples That Many Parents Have Run Into:

Although teenagers have been known to partake in rebellious behavior for generations, these online behaviors can still come back to haunt them years later when they’re filling out college applications or looking for their first jobs.

57 percent of employers admitted in a 2018 survey that they’ve found social media content that made them decide not to hire someone.

Safety Nets Do Not Last Forever

That’s because 34 percent of employers have found content that caused them to fire or reprimand an employee.

Similar statements apply to college admissions officers, according to a 2013 survey from Kaplan Test Prep.

29 percent of them admitted to Googling an applicant and 33 percent admitted to looking at an applicant’s social media pages-and those numbers are probably much higher in 2020. With social media being such a huge part of society for all ages now, researching applicants online is no longer considered taboo.

The good news though, is that more than 75 percent of college-bound high school students told Kaplan in 2013 that they would not be very concerned if an admissions officer Googled them. And only 30 percent of admissions officers claimed to have found something that negatively impacted their opinion of an applicant.

Many of today’s high school students are already being more cautious about what they post online. They are using tighter privacy settings. Although it still doesn’t hurt to discuss it with your child, just in case. Teach them to Google themselves on a regular basis. This way, they can be aware of what information about them is available online. If the information they’re finding is primarily positive-like sports scores or awards they’ve won. Then that means they’re reasonably safe.

But if they’re finding anything negative, make sure it gets deleted as soon as possible. 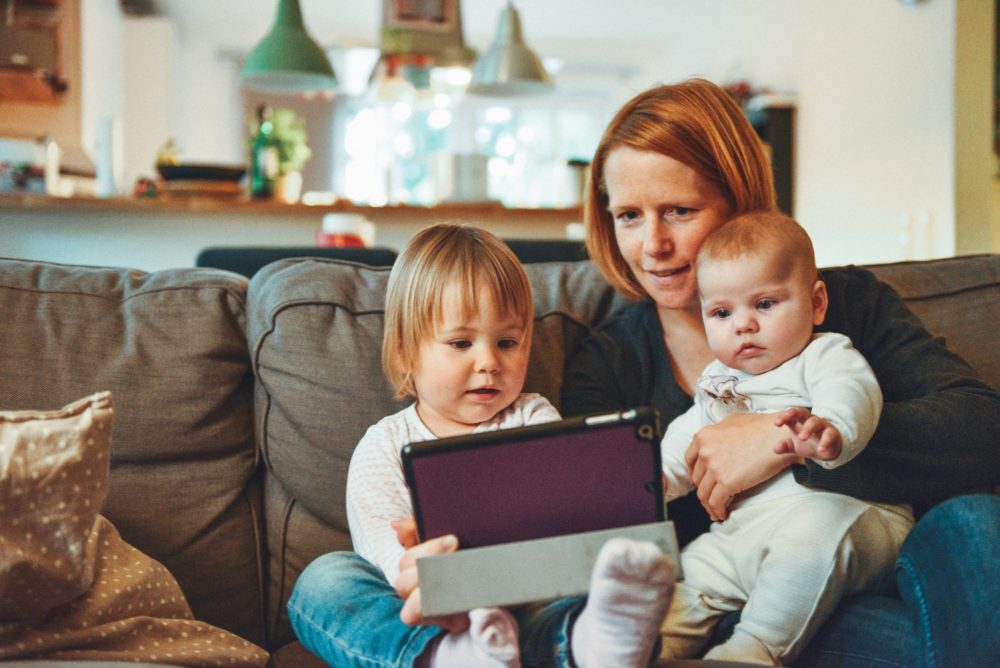 If your child is in high school or college, then they should definitely be on LinkedIn. Many recruiters now search for new candidates online. So having a strong profile could help them get chosen for incredible opportunities. LinkedIn is also a great platform for your child to show off their past work experience and academic successes. Talk about their future career goals.

They may even catch the eye of one of the 37 percent of employers who admitted to hiring a candidate solely based on their social media presence. If used correctly, social media can definitely be an asset to your child’s future and not a liability. And speaking of assets.

Encourage your child to post about their goals and accomplishments on their other profiles too, like Facebook and Instagram. Help them out by shooting photos and videos of them doing volunteer work, playing sports or doing theater, running a lemonade stand, creating art or playing music, or receiving honors awards.

Do they have any hobbies that they’re passionate about? Tell them to create a blog or a YouTube channel about them. This will ensure that they’re prepared once they are old enough to start looking for jobs and applying to colleges.

These Are Some More Things That Will Make Sure They Stand out in a Good Way Online:

All the things mentioned above will squash any stereotypes about teens being troublemakers. And instead, portray your child as an ambitious and well-rounded young adult. One who’s really striving for success.

Talk To Your Child Regularly About Social Media

Having casual conversations about the dos and don’ts of social media can be very beneficial for your child. They’ll be more likely to think twice about what they’re posting. That is if they’re aware of the potential impact it’ll have on their future. Children need to understand that their actions online can negatively affect both themselves and others.

Hateful comments in particular-like anything racist or sexist. This also goes for any mean comments about someone they know like a classmate or teacher. These can come back to haunt them even years later. Teach your child to follow the golden rule online. Don’t say anything about someone else that they wouldn’t want to be said about themselves.

Fully explain to them what’s right and wrong and set an example. But also encourage them to be their authentic selves online-since that’s beneficial for people of all ages in 2020. Be willing to listen to your child if they run into any problems online, like sexual harassment or cyberbullying. Show them that social media can be safe and harmless and even positive. As long as they’re on their best behavior and following proper precautions.

The internet can feel like a scary place at times, but it doesn’t have to be that way. There are so many things you can do as a parent to ensure that your child is being safe online. By creating a positive reputation for him or herself. Don’t be afraid to talk to your child and give them some guidance.